Garuda Purana is usually perused from the fourth day of death till the eleventh day, at night time, within the sight of all the relative

Hindu group of contents known as Smriti has all out Eighteen Puranas and Garuda Purana is one of those eighteen. This Purana is with respect to Life after Death and Hindus by and large read this Purana or get it perused by a Brahmin after death of their adored so he/she can accomplish Sadgati and Moksha (Liberation from Life Cycles). Garuda Purana is a Vaishnava Purana having 19000 Shlokas that are additionally isolated into two additional parts, a Purva Khanda (initial segment) and an Uttara Khanda (second part) separately. The second 50% of this purana manages the subject “Post-existence”.

Garuda Purana is as correspondence did between Lord Vishnu (one of the Lords of Hindu Trinity) and Garuda (King of Birds – vahan/vehicle of Lord Vishnu) wherein Lord Vishnu unveils the significance of Life and subtleties of Life after death, legitimate burial service customs and rebirth of the left soul if appropriate burial service ceremonies have been performed at the hour of Antim Sanskar (Antyesti) of the perished.

Garuda Purana is usually perused from the fourth day of death till the eleventh day, at night time, within the sight of all the relatives. From that point on the twelfth day, the finishing up services are performed. This Purana should guide and offer directions to the spirit with respect to which way to trail passing, it grants Sadgati and Moksha to our Ancestor’s spirit. It gets compulsory to get it performed for the satisfaction of their desires, joy and tranquility on this Loka (Earth) and Parloka (Heavenly dwelling places). On the off chance that appropriate customs have been dealt with after their passing including recitation of this Garuda Purana, the Ancestor disposes of Life Cycle and cheerfully graces the entertainer with his/her favors.

Be the first to review “Garuda Purana Recitation” Cancel reply

₹7,000.00 – ₹21,000.00
Shri Ram Charit Manas is an extraordinary Epic which portrays the Life of Lord Rama who was the seventh manifestation of Lord Vishnu (Supreme God in Hinduism).
Add to wishlist
View Product
Quick view

₹7,000.00 – ₹21,000.00
Shiva purana is viewed as one of the main puranas in which the promising parts of Lord Shiva has been portrayed alongside ways and customs to venerate Lord Shiva to pacify him.
Add to wishlist
View Product
Quick view 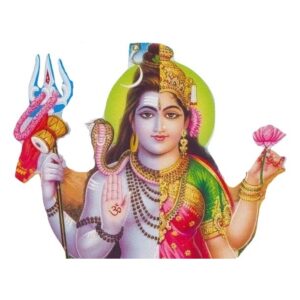 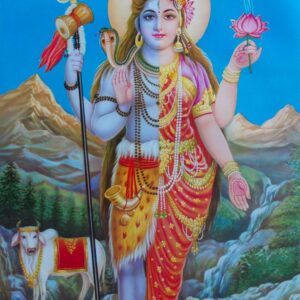 ₹7,000.00 – ₹21,000.00
Worshipping a combined form of Lord Shiva and Shakti in the form of Ardhnarishwar is considered to be an ultimate offering since it is dedicated to both the male and female energies of the supreme power
Add to wishlist
View Product
Quick view

₹7,000.00 – ₹21,000.00
Solah Somvar Vrat Katha are extremely helpful for unmarried Girls for finding a Life accomplice of their Choice, for a Happy and Cordial Marital Life,for disposing of tenacious Health issues and issues and for Peace, Prosperity and Happiness in the Family
Add to wishlist
View Product
Quick view

₹7,000.00 – ₹21,000.00
Probably the most ideal approaches to implore Lord Hanuman and get his favors is the recitation of Hanuman Chalisa which was composed by Ancient Hindu Saint Tulsidas ji.
Add to wishlist
View Product
Quick view

₹7,000.00 – ₹21,000.00
Ruler Rama is said to secure the Body just as the Mind of an individual who discusses this Ram Raksha Stotra with full confidence and devotion.
Add to wishlist
View Product
Quick view

₹7,000.00 – ₹21,000.00
Sunderkand is the fifth section of this incredible adventure Ramayana. It is chiefly devoted to Lord Hanuman who was the manifestation of Lord Shiva and is supposed to be the most worshipped illustration of commitment towards Lord Rama.
Add to wishlist
View Product
Quick view
You must select your brand attribute in Theme Settings -> Shop -> Brands