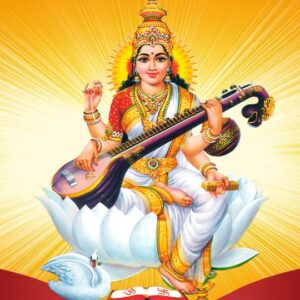 It is accepted that adoring Lord Narsimha who is the fourth manifestation ( Avatar ) of Lord Vishnu upon the arrival of Holi shields the admirer from all sort of adversities and underhanded Energies likewise as Lord Narsimha shielded his Devotee Prahlad from Hiranyakashyap.

Holi is the Festival of Colors and Happiness. It is praised with incredible energy and excitement on the last full moon day of Phalgun month which as a rule falls in March. This year, Holi Katha and Pooja will be performed on Sunday, 28th of March 2021 (on Holika Dahan).

There is an emblematic legend behind festival of Holi. “Holi” starts from “Holika”, the detestable sister of devil lord Hiranyakashyap. Ruler Hiranyakashyap had acquired an aid that made him essentially indestructible. The uncommon forces blinded him, he developed Arrogant and felt himself as he was God and requested that everybody revered just him. Hiranyakashyap’s child Prahlad was an enthusiastic lover of Lord Vishnu and couldn’t help contradicting his dad. Hiranyakashyap didn’t care for this and he rebuffed Prahlad violently, none of which influenced the kid or his goal to do what he thought was correct. At long last, Hiranyakashyap asked his sister Holika to sit in fire with Prahlad as she had a shelter that fire won’t consume her. Prahlad sat on Holika’s lap reciting Lord Vishnu’s name and in this manner, rather than Prahlad, Holika consumed and Prahlad endure. The campfire is a token of representative Victory of Good over Evil, Victory of Prahlad over Hiranyakashyap and of fire that consumed Holika.

It is accepted that loving Lord Narsimha who is the fourth manifestation ( Avatar ) of Lord Vishnu upon the arrival of Holi shields the admirer from all sort of hardships and detestable Energies likewise as Lord Narsimha shielded his Devotee Prahlad from Hiranyakashyap.

Be the first to review “Holi Katha & Puja” Cancel reply

₹7,000.00 – ₹21,000.00
Divine Rudraksha is satisfied to bring a Special Puja for its customers wherein supplications and Japas will be performed for each type of Goddess Durga on her particular day
Add to wishlist
View Product
Quick view

₹7,000.00 – ₹21,000.00
"Shiva Ratri" in a real sense means "Evening of the Lord Shiva". It is to be noticed that a Puja and Homam performed upon the arrival of Maha Shivaratri is viewed as generally favorable for bringing Health, Wealth and Happiness, Peace and Prosperity to the admirer.
Add to wishlist
View Product
Quick view 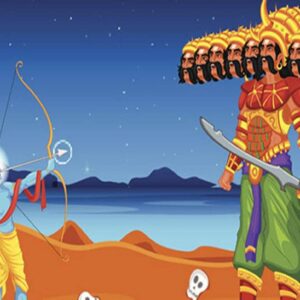 ₹7,000.00 – ₹21,000.00
It is accepted that any individual who offers petitions to his Guru on Guru Purnima day, gets the gifts of all the Gods of Trinity that is Brahma, Vishnu and Mahesh (Shiva)
Add to wishlist
View Product
Quick view

₹7,000.00 – ₹21,000.00
It is believed as per Ancient Vedic Texts that performing a puja for Lord Shani on the day of Shani Jayanti gives immense benefits especially so if planet Saturn is malefic in a person's horoscope.
Add to wishlist
View Product
Quick view

₹7,000.00 – ₹21,000.00
An extraordinary Festival known as Chaitra Navratri is commended all over India to pay honor to every one of the 9 manifestations of Goddess Durga
Add to wishlist
View Product
Quick view

₹7,000.00 – ₹21,000.00
By playing out the Shravan Somvar Puja on any Monday of Shravan month, an individual gets great wellbeing, abundance and joy. He is shielded from a wide range of Evil impacts and Enemies.
Add to wishlist
View Product
Quick view

₹7,000.00 – ₹21,000.00
It is said that an individual who offer Prayers to Naag Devata on Naag Panchami day is shielded from Snake Bites, Evil Eyes and Negative Energies during the time according to Hindu Vedic Texts
Add to wishlist
View Product
Quick view
You must select your brand attribute in Theme Settings -> Shop -> Brands